Among the awardees at the 35th annual Mayor's Awards for Arts and Culture at Lincoln Center's recently refurbished Alice Tully Hall on Tuesday, November 2nd 2011 was dance legend Mikhail Baryshnikov. He was cited for creating the Baryshnikov Arts Center in a once-decaying section of NYC's Hell's Kitchen. The evening's highest honor, the Handel Medallion, went to Broadway lion Steven Sondheim who looked and sounded far younger than his 81 years as he quipped that of all the Baroque composers, Handel is his least favorite but that he will now dutifully listen to "The Messiah" in its entirety.

Alec Baldwin and NYC's Mayor Michael Bloomberg co-hosted the event. Their comedic verbal sparring was superb, with a running gag about Baldwin's putative desire to be New York's mayor some day.

The ceremony, as I have learned in the six years that I've been privileged to attend, is always a thoroughly engaging mix of genial wit, exciting performances, and inspiring acceptance speeches by the honorees as well as by Bloomberg. He never fails to mention the fact that NYC's Department of Cultural Affairs, the city agency that presents the awards, is the largest funder of arts and culture in the United States, surpassing even the National Endowment for the Arts. My pride in this city always swells when I hear that -- especially since Ballet Ambassadors, the arts-in-education company I founded and continue to direct, has been a DCA grant recipient since 2006.

Audience members were treated to top-notch entertainment that included a stirring number by Flamenco Viva Carlota Santana, a glorious songfest by the young people of the New York All-City High School Chorus and the Frank Sinatra School of the Arts Concert Choir, a phenomenal and full-voiced rendition of "Broadway Baby" by a 13-year-old schoolgirl whose name should have been on the playbill, and a powerful vocal solo by Liz Callaway.

At the reception that followed, I mingled with fellow grant recipients, greeted long-time colleagues, made some new acquaintances, and generally basked in the immense pleasure of being a part of the arts and culture in the city that is the Arts Mecca of the world. 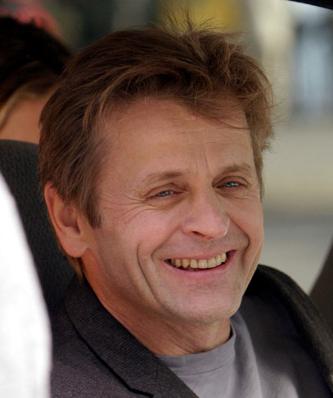 Sondra Forsyth, Senior Editor at ThirdAge and a former ballerina, is the Artistic Director of Ballet Ambassadors, an arts-in-education company in New York City. She has been writing "The New York Dance Scene" on DanceArt.com since 1997 and is a member of the Dance Critics Association. A version of this blog post originally appeared on ThirdAge.