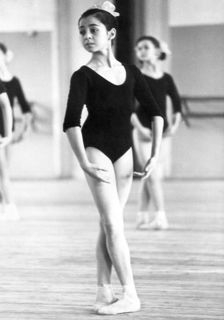 I was recently asked to present a few classes at a small conference geared towards hypnotists, not my normal dance, exercise, anatomy type of student to be sure.  During the time spots I wasn't presenting, I was welcome to participate in classes that other people were presenting and these ran the gamut from clinical topics to self hypnosis and then applications to other areas like pain processing.  One that caught my attention was covering the topic of can everyone be hypnotized (by the way the answer seems to be no) and then how to work with someone who is hard to bring into a hypnotic state (or trance).  Not being really familiar with the whole hypnosis thing, I was kind of intrigued to see what options were used.  I was partially expecting the instructor to whip out a shiny pocket watch and swing it back and forth or have some other stereo typical prop, but he just kept talking.

The talking was in a normal conversational tone, not the affected modulation that I had been hearing as I was walking by other classrooms, or the rhythmic chanting that is used in many meditation practices that create a self hypnosis in the participants.  This person was speaking with inflection, even enthusiasm at times, and asking questions of the volunteer, encouraging dialogue - not the one sided "you are getting sleepy" endless loop one would imagine.  The topics were geared towards relaxation etc and it just wasn't working.  The instructor asked the volunteer, whether they really wanted to be put into a trance - answer "yes".  Then asked what the volunteer was perceiving as the roadblock and they said "heightened awareness".   They then went on to list everything that was going on in their brain that just wouldn't shut down and what happened next was a light bulb moment for me.

The instructor totally changed their tactic and instead of having the person trying to relax actually started to rapid fire instructions - "listen to the music you hear in the background, really focus on it, have you heard it before, who's singing…", "oh that hum of the light is getting louder, why could that be"…."do you feel the stitching on your shoes, really become aware of the sensations on the top of your feet"…. "don't forget about the music"…"did you notice how much warmer the room got"…"lunch really smells good"…  All of the things the instructor was telling the volunteer to do were things that the volunteer had mentioned as distractions in their brain when asked.  There were no visual references, but probably because the instructor and volunteer had been in direct and focused eye contact with each other the entire time so there wasn't a visual distraction noticed.  After a very short time of this, the volunteers eyes kind of blanked out, and then they dropped into a quick trance state.  Did they stay there long? - no and if that were the end of the class this would be a totally irrelevant post.

Next, the instructor broke down what we just saw, there is only so much information the brain can process before it needs to check out.  That amount of information is going to be different person by person and for each person it will also depend on which senses are involved.  I personally check out very quickly on visual overload and if you think about what kind of situations seem to stress you out (seemingly out of nowhere) you might be able to find a common thread.  Even though the instructor was verbally cueing the volunteer, so the input for the volunteer was aural, it was triggering the information that was being perceived by multiple senses.  Another important point of information that the instructor brought to our attention is that the brain is trying to process all of these "directives" on an equal playing field because one was not given more importance than the other.  The brain basically short circuits and shuts itself down in self defense.

Why the lightbulb?  I had a flashback to being in a class where the instructor just kept rapid firing corrections and I just couldn't get it.  I thought I was stupid, untalented, or just wasn't trying hard enough.  What if none of that was really the case, but I was just on information overload.  I've done a lot of research, taking lots of training, and have many years of experience working with students with challenges - both physical and mental - from both a teaching dance and teaching post rehabilitative exercise and one of the things that has always been stressed is to layer information.  I started adapting this approach into my teaching over a decade ago and noticed a positive improvement in how my students were able to progress.

I kept it because it worked, but until this past weekend, I didn't really understand the full reason why it worked.  I thought it was just "one less thing to think about" so it was easier to process.  It never occurred to me that "that one more thing" might actually be shutting the brain down in self defense.  How many times when you teach do you see the "deer in the headlights" stare coming back to you?  How long was the string of directions you just rattled off?  You might not even be processing what you said as a string of directions, because to you, that string of directions = one movement or correction.  For example - Before starting an exercise you rattle off,  "engage your abs, make sure you are holding your turnout, drop your tailbone, open your shoulders, close your ribs, weight forward".  As a teacher / trained dancer your brain is saying - stand up straight to a student where this posture is not second nature - the following is happening

"Open your shoulders" - what does she mean, how do I do that

"Close your ribs" - how much can my ribs close without rounding forward, can I still breathe here?

"Weight forward" - what part of my body do I need to shift from, is my bum sticking out ?

Teacher's brain ---> "I'm just asking them to stand up straight, why are they staring at me like I have 3 heads".

Want to explore this a little more in your studio?  Try triaging your corrections and then building on it.  It takes a little more effort on our part because you need to actually figure out what your real hierarchy needs to be.  A friend, who comes from a business background, has a strategy they use called the 5 Whys.  Very basically broken down you ask why 5 times.  Each tine trying to go one step deeper or closer to the fundamental need that is trying to be addressed.  Use this is in your dissection of a correction to get to the root what what you are trying to fix and then find the correction that will address the most critical part of that and start there.  Once that is starting to be fixed, it will sometimes fix the next level or will change what you would find needs to change next.