The Art as Cultural Diplomacy Conference: A Forum for Young Leaders (ACD)

Art as Cultural Diplomacy: A Forum for Young Leaders (ACD) is a network of students and young professionals who have an interest in exploring the field of art as a vehicle for cultural diplomacy. Participants join the forum by taking part in an ACD Weeklong Seminar,…

Symposium on Cultural Diplomacy in the African Union

Symposium on Cultural Diplomacy in the African Union

- Call for Applications - The Center for Cultural Diplomacy Studies (CCDS)

We are pleased to announce a number of new and exciting opportunities available in the field of Cultural Diplomacy and also wish to bring to your attention our forthcoming Academic Programs, International Conferences, and Young Leaders’ Weeklong Seminars, to be hosted by the…

Symposium on Cultural Diplomacy in Italy

The Symposium is hosted by the Honorable Francesco Rutelli, President of the ICD

The ICD Young Leaders´ Forums are international networks of like-minded young individuals with an interest in developing, supporting, and sustaining intercultural relations. Over the past decade, the ICD Young Leaders’ Forums have grown to become one of Europe’s largest independent cultural exchange…

The International Symposia on Cultural Diplomacy 2013

"The Potential for Cultural Diplomacy in Supporting National and International Governance"

In Houston? Check out this neat exhibit

The University Museum at Texas Southern University is hosting an exhibit called "Dance Theatre of Harlem - 40 Years of Firsts".  The exhibit runs through April 28th and includes photos, costumes and more.  In conjunction with this exhibit, the following special events are also planned -

As many schools, studios and companies gear up towards spring performances, the air becomes heavy with sequins, rhinestones and fabric.  As fun as it can be to flip through a costume catalog or two, looking at the artwork of historical dance costumes is much more inspiring.

Enjoy this armchair tour of some wonderful dance costume collections -

Cultural Diplomacy in Europe: A Forum for Young Leaders

“The Balkan Countries and the EU: On the path to becoming EU Members”

Cultural Diplomacy in Europe: A Forum for Young Leaders (CDE) is a network of individuals, who have an interest in exploring and strengthening relations between European States. The program is based on the recognition that the increasing…

Cultural Diplomacy in Africa: A Forum for Young Leaders

The European African Alliance: Enhancing the Inter-cultural Dialogue between Europe and Africa to promote the Stability and economic Development within the two Continents

Cultural Diplomacy in Africa: A Forum for Young Leaders (CDA) is a network of young individuals from across the world, who share an interest in…

The 2013 International Conference on the African Union & Cultural Diplomacy

“African Perspectives: An African Vision for Positive Developments in Africa”
The Conference is Co-organized and Co-hosted by Brand South Africa and the ICD

Long Island's "Newsday" has published an article on Ballet Ambassadors, the "encore career" for which I was named a Purpose Prize Fellow. Here's the link to the story online. The piece will be in the hard copy of the paper tomorrow, Saturday, March 9th 2013.…

If you're in NYC this weekend, hurry on over to the David H. Koch Theater in Lincoln Center and grab some tickets for the Gansu Dance Theater's lavish and satisfying production of "Silk Road." The limited engagement of the Chinese troupe's dance drama opened Wednesday evening, February 27th and runs through Saturday, Mach 2nd.

As I reported last year when I saw the company's "Peony Pavilion," the performers are well schooled and meticulously rehearsed. They are,…

The 2013 Cultural Bridges Conference in the UK

The 2013 Cultural Bridges Conference in the UK

Hello! Wellcome to share your works, comments and questions on our plattform:http://www.facebook.com/groups/internationaldancemovement/

I'm a filmmaker/editor based in New York City, offering my services to DANCERS, to edit your REELS.

Before you read any more than this... Here is a link to my Vimeo, so you can do your research, look me up and judge me!http://vimeo.com/clementinecayrol

Okay, now that you know I do good work, and this will not be a waste of your time, or money... Let's get to it. It has become an absolute necessity…

Salzburg, Austria — January 15, 2013/ -- The Salzburg International Ballet Academy is pleased to announce that registration is now open for its intensive summer ballet workshop from July 14 - August 11, 2013, in…

“The Anglo-German Relationship: Using the Arts and Culture to strengthen the Alliance” 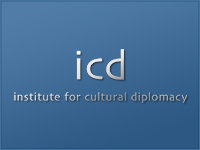