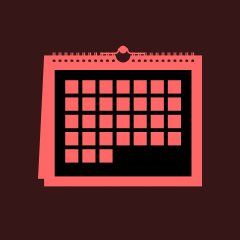 Odyssey Dance Theatre (Salt Lake City, UT) is casting its 2011-12 season. Founded and directed by Broadway, Ballet West, Film and TV veteran Derryl Yeager, ODT is a professional Jazz/Ballet company with performance opportunities including two home seasons in Salt Lake City with over 30 performances, a season at the Kennedy Center in DC during December and a European Tour in the Spring. Thayne, Matt, Natalie, Brandon, Gev and now Tadd from the popular “So You Think You Can Dance” television show are from this company.

Odyssey is looking for strong Jazz/Ballet dancers who can also do Hip-Hop and Tap - male and female, ages 18-29.  Available contracts include: a one-show contract for the fall production of the Halloween spectacular Thriller (runs mid-Sept. to Nov. 1st), and/or the entire season (runs Sept.-April 2012).

Auditions will be held:

Dancers should be prepared to dance Ballet, Jazz/Contemporary, Hip-Hop, and Tap combinations that will be taught to them at the audition. Bring pix & résumés, stapled together. Both contracts are paid positions with salary ranging from $300-$700/wk (depending on experience), including per diem, travel and lodging. ODT is Non-union.

There is also a reality/scripted television show concept based on Odyssey Dance Theatre in development in conjunction with the producers of the TLC hit “Sister Wives,” and the auditions in LA may be videotaped as part of that project development.

It is preferable to have dancers audition in person, but if you are not able to make one of these auditions , video submissions will be accepted if they are posted online or sent on DVD. Submissions will be accepted up until August 4th.  Videos (plus a headshot, resume, and a full-body dance shot) must include a dance combination in each of the following forms:  Ballet, Jazz/Contemporary, Hip-hop, Tap.  Please send video audition links to avanalstyne@odysseydance.com or DVD’s to Odyssey Dance Theatre – 211 W. 1700 S.  Orem, UT  84058.